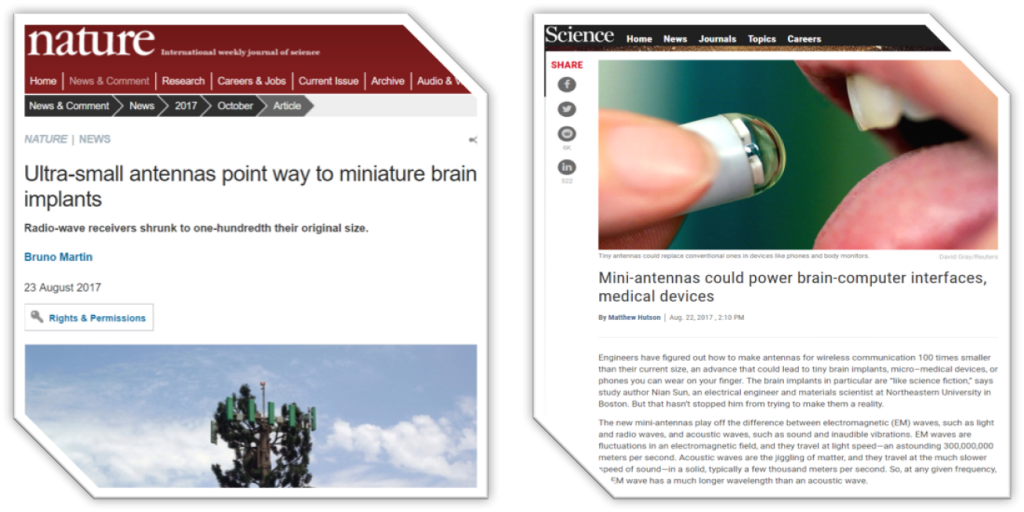 Metal antennas that send and receive TV signals and radio waves could soon be replaced by tiny films up to one hundred times smaller, scientists say. Among the possible benefits are smaller smartphones and wearable technology, and miniaturized implantable devices to stimulate brain cells.

Conventional antennas are bulky because they transmit signals by oscillating a current of electrons up and down a metal cable, sending out electromagnetic (EM) radiation with a wavelength that’s related to the cable’s size. For the most commonly used part of the radio-wave spectrum, this means antennas need to be centimetres — or tens of centimetres — long, depending on the wavelength of radiation they emit.

Engineers have figured out how to make antennas for wireless communication 100 times smaller than their current size, an advance that could lead to tiny brain implants, micro–medical devices, or phones you can wear on your finger. The brain implants in particular are “like science fiction,” says study author Nian Sun, an electrical engineer and materials scientist at Northeastern University in Boston. But that hasn’t stopped him from trying to make them a reality.